Askari shoes project was established in 1990 to fulfill the footwear requirements of LEAs. In a very short span of time, the ASP emerged as the leading manufacturer of the high-quality military combat boots.

Askari shoes project started its operations with DMS boot production on direct rubber moulding sole plant imported from England with the capacity of 500,000 pairs per year. It was one of the best plants of its time. The DMS combat boot production filled the gap and successfully provided the high cut combat boots to the law enforcement agencies. DMS productions started in 1991-92 and the “asp “always remained the major supplier of combat shoes. In the beginning, ASP was the sole supplier of combat shoes to the army but later on, other competitors were encouraged to participate through tender business

As the law enforcing agencies requirement of combat shoes shifted from rubber mould, heavier in weight, panama/traction soles towards polyurethane soles which were better in quality and very light weight, ASP procure state of the art RU/PU injection moulded machine from Germany in 2016. It was a great move as the old DMS shoes were not in demand anymore. The 30-station direct RU/PU injection plant can produce high quality light weight shoes round the clock. ASP also got 2nd DESMA plant to cure rubber out soles. This helped in increasing the production capacity of DESMA RU/PU injection plant.

Adaptability and flexible approach can ensure progress of any manufacturing concern. Stuck-on method is the simplest one to produce different type of shoes with different sole materials without investing heavy amount for purchase of direct moulding plants. ASP has the facility of producing shoes with stuck-on construction according to the market requirements.

ASP has developed into a credible name because of its quality standards, excellent business norms and customer satisfaction. 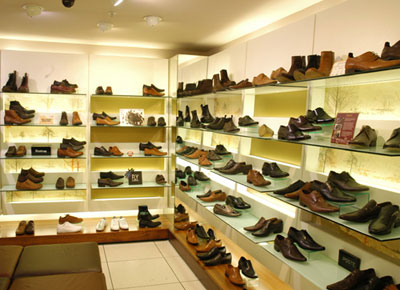